Workflow question: How to specify other StackExchange when closing because the question is on the wrong exchange?

I just tried to vote to close a question because it needs to be migrated to another site. I got as far as this popup: 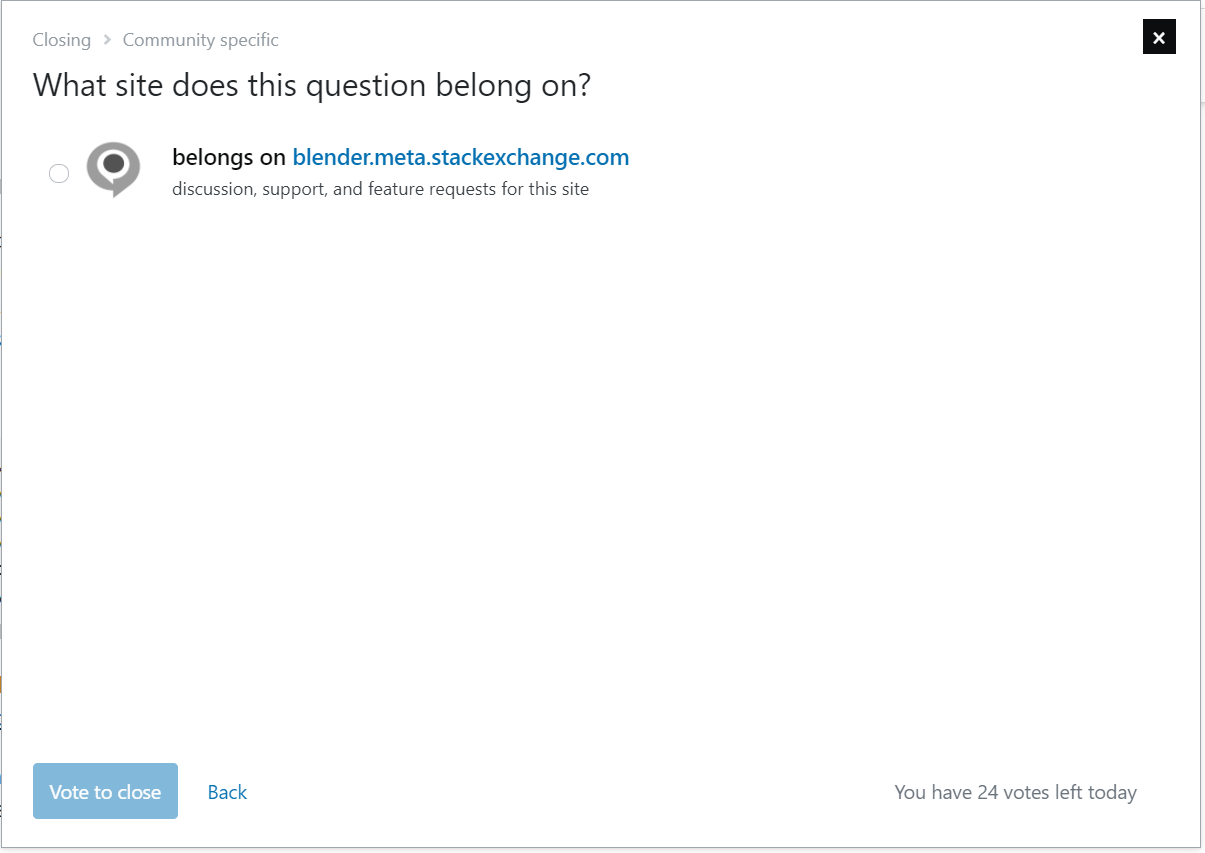 but the question belongs on the Python stackexchange, not blender.meta.

Is there some way to specify other sites in the popup, or are we limited to "not a blender question"?

As far as I know only moderators and site admins get to pick a different community to migrate questions to.

The dialog I started seeing after becoming a moderator changed, presenting a search box with actual listing of Stack network sites we can pick from. 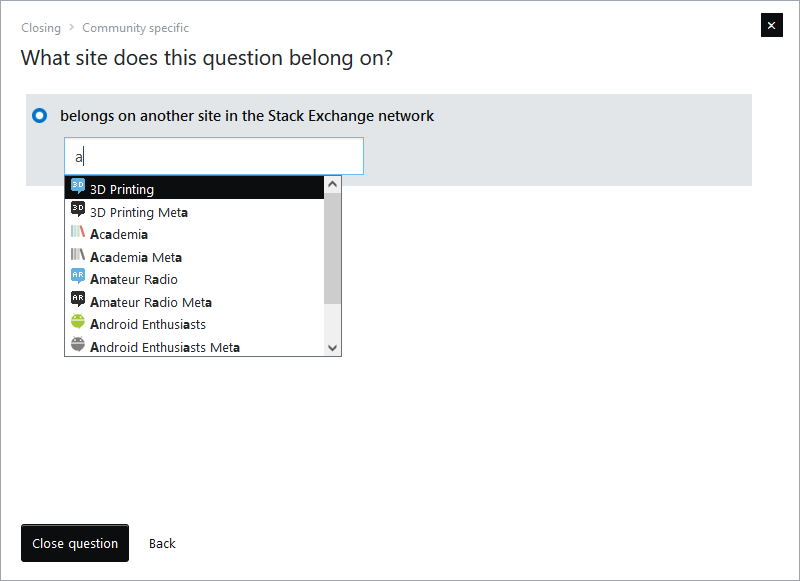 From my freshly made research on the subject this has already been proven to be troublesome, with many sites being overwhelmed by incoming questions rejected from other sites and becoming an easy bin for sweeping away unwanted or poorly formed questions.

I can see this being abused and quickly becoming a pass the buck game, where we shove questions away to unsuspecting target sites without much thought, potentially flooding them with off topic questions.

I speculate the list was once populated with other sites relevant for our frequent off topic reasons, but is now featuring only meta; probably because our site is specific to using Blender the 3D software package, and no other "tangentially related" topics with a valid relevant network site were deemed worthy of being permanently featured in that list.

Stack Overflow, or even

Graphic Design are sometimes relevant, but this was probably abused in the past.

This may also prove an unwelcoming experience to the inexperienced OP which unexpectedly "travels through a magic portal" and quickly finds his question migrated to a completely different "hostile world" where an innocent question gets massively downvoted on a dedicated site where beginner questions are poorly received.

Since I'm also often not that familiar with the rules and valid topics of other communities, I prefer to point the OP to other sites through comments, rather that do it automatically.

Not the answer you're looking for? Browse other questions tagged discussion close-reasons .

5
Should we migrate questions from GD?
1
What leads our reaction regarding a question?
8
New off topic close reason
6
Are questions about blender forks such as "Bforartists"on topic?
11
Down-voting a question because the OP didn't accept your answer
1
Revoking false close votes from multiple users
1
Indirect Blender questions?
1
Is there a site for getting help with learning to use Blender?