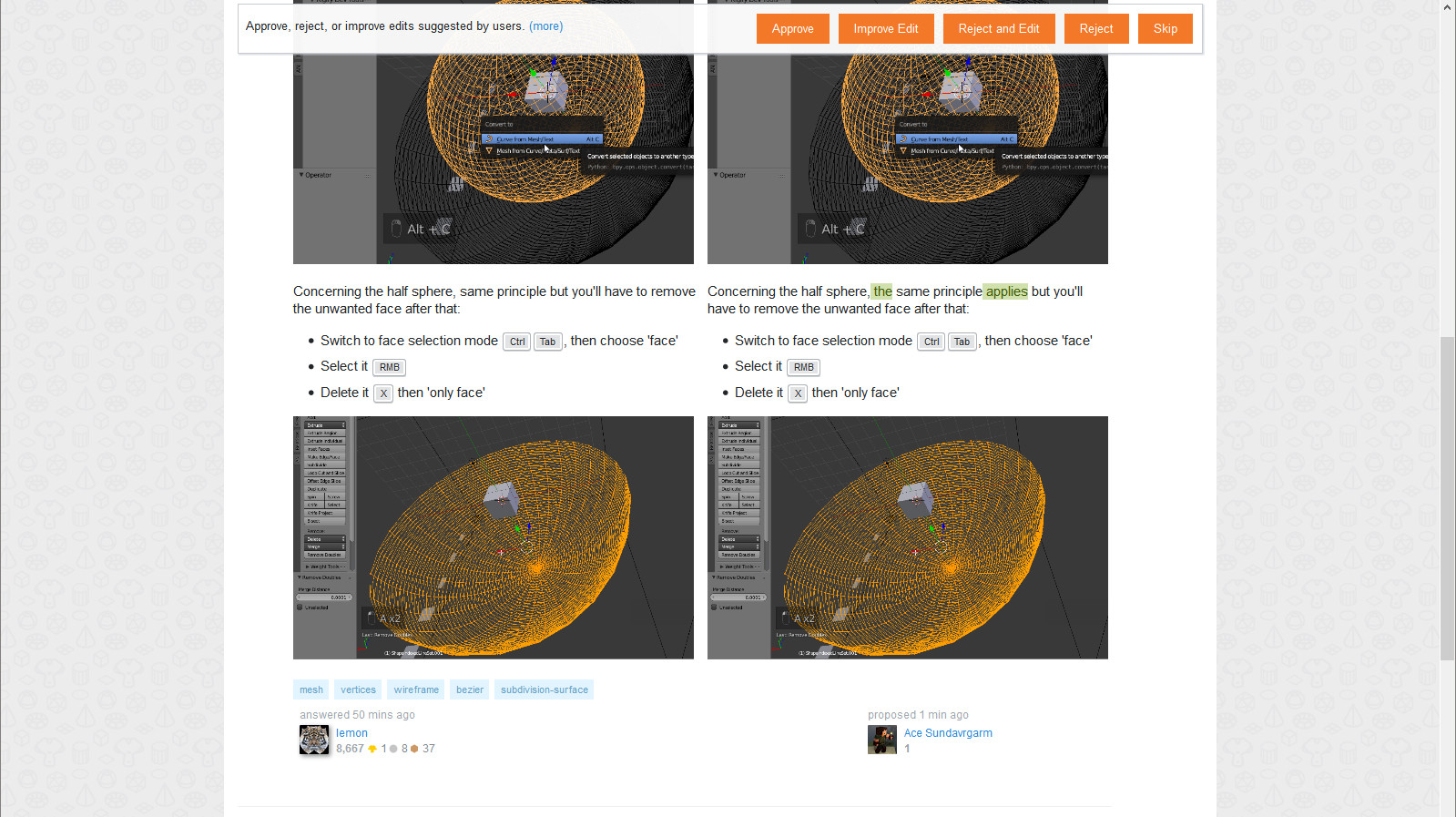 5
Why did Community ♦ review my suggested edit?
14
Micro Editing, does everything need to be perfect?
3
Review notification appears after suggesting an edit to a tag wiki
2
migration rejected closed question any way to edit?
4
Add option to partly reject an edit, or give a warning instead? Should editing guidelines be available on a user's homepage as well?
1
Is it possible to retract your own edit suggestions?
7
Should we edit a question title that's too vague?